[1 : Overview]
[2 : beaches]
[3 : interior]
[All]
Sanibel island lies a few miles off the western coast of Florida, 150 miles North-West of Miami. The beaches of Sanibel are one of the best shelling areas in the world (the other locations are the Sulu Islands in the South Pacific, and Jeffrey's Bay in Africa). After a winter storm, on low tides, seashells litterally cover the beach.

The inside of Sanibel island consists of wetlands that form a National Wildlife refuge reputed for its large flocks of migratory birds. Dign Darling National Wildlife Refuge is one of the prime locations in North America for bird watching and bird photography. Countless migratory birds winter there, and add up to the numerous local birds that stay year-round. The total number of bird species exceeds 300, and many are habituated to humans. 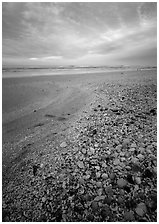 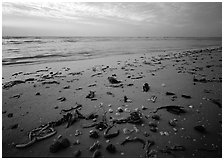 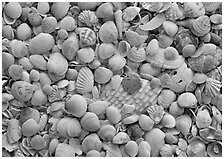 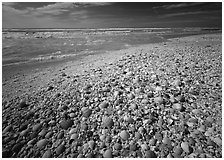