Virgin Islands National Park comprises three-quarters of St John, one of the islands that make up the United States Virgin Islands in the Carribeans, a thousand miles east of Miami, close to Puerto Rico. It is a tropical laid-back paradise of pearl-white beaches surrounded by steep verdant hills dropping down into turquoise bays full of coral reefs.

Laurence Rockefeller must have had a sense of "paradise found" when he first visited St John in the 1950s, for then he bought more than half the island and eventually donated to the federal government most of the land which is protected by the National Park. The land however had a rich and less than peacefull human history of tribal wars, competition among the Danish, Dutch, English, and Spanish, and slave uprisals during a sugar plantation area of which centuries old ruin remains. The island was born of violent volcanic eruptions and uplifting which gave it a dramatic topography and a wide range of exposure and rainfall, creating large tracts of lush tropical forest laced with fragrant flowers, mangrove coasts, as well as desert-like enviroments. It it was then shaped present form by the building of coral reefs which together with the waves generated by the steady trade winds, created its perfect beaches. 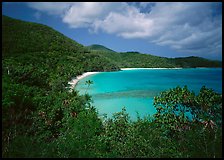 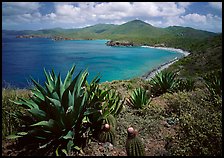 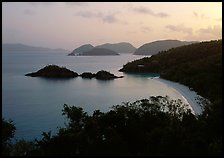 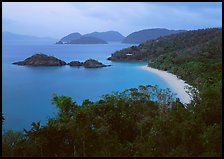 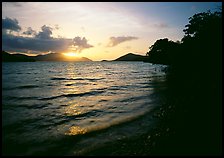 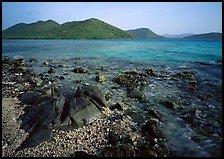 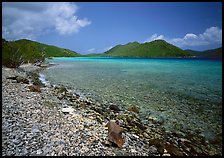 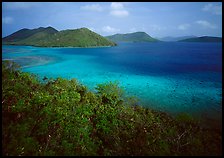 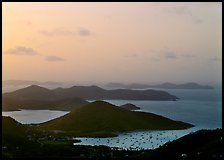 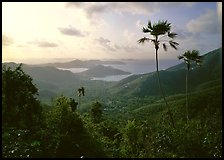 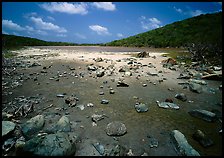 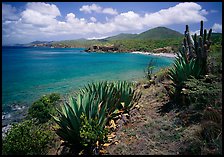 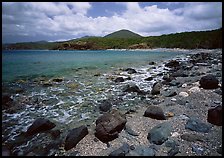 All text and photos © QT Luong. See conditions for use of images.
All the 184 color pictures of Virgin Islands National Park are on this page