[page 1]
[page 2]
[All]
Sydney, Australia's largest and oldest city, is one of the most beautiful and livable cities in the world. One quarter of Australia's population live there. Sydney is built around a spectacular harbor, which is criss-crossed by ferries which provide a convenient and scenic means of transportation. On the harbor are also two of its instantly recognizable landmarks, the opera house and bridge. Sydney also features historical districts such as The Rocks, residential neighborhoods reminiscent of San Francisco with their Victorian architecture, and superb beaches just on the fringe of the city. The Sydney Opera House is a UNESCO World Heritage Site, a great architectural work that brings together multiple strands of creativity and innovation both in architectural form and structural design. 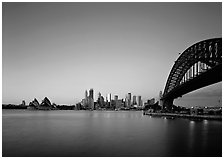 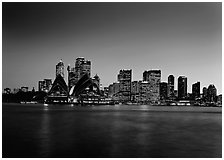